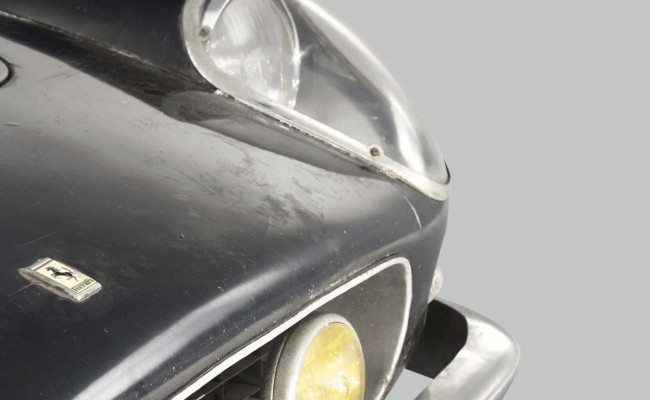 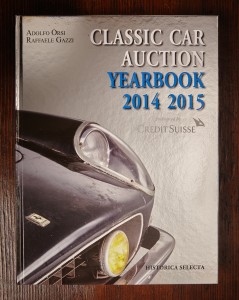 MODENA, Italy (22 October 2015) –The authors of the Classic Car Auction Yearbook, the leading and only combined source of annual, international collector car market sales, are thrilled to announce the launch of their 20th edition, reporting on the most important classic car auction sales from 1st of September 2014 to the 31st of August 2015. The new 2014-2015 Yearbook features an unprecedented quantity of classic car auction sales data and statistics, and reports on a remarkable season of sales that exceeded one billion dollars for the second year in a row and one billion euros for the first time in history. The launch of the new Yearbook is this evening, Thursday, the 22nd of October at a private reception adjacent to the annual Auto e Moto d’Epoca Fiera di Padova.

“The overall strength and stability of the market was confirmed this past season by the percentage of sales achieved among the listings we feature, which at 78%, is the highest figure we’ve seen in the past 22 years,” says Adolfo Orsi, historian, specialist, co-author and president of Historica Selecta based in Modena, Italy. “In reviewing the greater trends and data, we continue to see Ferrari lead the market with 34% of total turnover and the US marketplace remain as the most active, responsible for 66% of total international sales. Younger collectors have entered the game and therefore ‘younger’ classics are rising in value with increased demand, and we elaborate on this in the new 2014-2015 edition.”

The official presentation of the 20th edition will be hosted by Co-Authors Adolfo Orsi and Raffaele Gazzi, who in turn have asked leading specialists from Artcurial Motorcars, Bonhams and RM-Sotheby’s Auctions to participate in a panel discussion and market analysis for the evening’s private audience of media and insiders. Adolfo Orsi will reflect on market trends from the past 22 years of the Yearbook’s reporting while he also presents the new season analysis to the group.

“Every year, we strive to extract more information and understanding from the classic car marketplace to better interpret the thousands of transactions and activities around us and so I’m proud to announce that the new 2014-2015 edition offers more data and statistics than ever before,” adds Mr. Orsi. 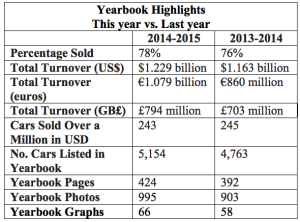 About the Credit Suisse Classic Car Program
Introduced in 2004, the Credit Suisse Classic Car Program has become immensely popular. Over the past decade, Credit Suisse has built a network of friends and enthusiasts who share a passion for classic cars. Its partnership of outstanding classic events, including its own rallies and its collection of historic vehicles, underline Credit Suisse’s commitment to the classic car scene. Friends of the program include Derek Bell MBE, Jochen Mass and Alain de Cadenet. Credit Suisse also continues to support and celebrate some of the leading historic motoring events, including: Grand Prix de Monaco Historique, Pebble Beach Concours d’Elegance and Goodwood Revival. Please visit credit-suisse.com/classiccars.

About Historica Selecta
Historica Selecta was founded in Modena, Italy in 1990 by Adolfo Orsi and was soon joined by partner Raffaele Gazzi in 1991. As leading specialists in the international collector car market and champions for historical preservation, Historica Selecta often advises many of the world’s most prestigious manufacturers, museums, private events and collectors. Please visit: classiccarauctionyearbook.com/en/historica-selecta/.